​A great open WI evening event was held last Thursday May 19th with our Guest Speaker, Julie Summers.  It was also a great opportunity to welcome WI Members from a number of other local WI’s who joined us for the evening and we enjoyed in traditional WI style a great range of home made cakes and refreshments.

In writing her novel Jambusters, Julie described to us how she had ‘to dig deep to find the heart of the Wartime WI and their Members who kept the countryside ticking over’. The subsequent journey in taking a non fiction book to the successful series of Home Fires she conveyed as exciting and thrilling and she admitted she had a tear in her eye when she visited Cheshire for her first set visit and described her cameo role in the series dressed in a two piece blue tweed suit.

Julie was enthusiastic and engaging as she described the characters and locations used in the filming of the series and the preparations and scripts for a third series. A few days prior to her visit to Farndon WI she had however heard that the third series of Home Fires was being axed by ITV. Julie and Members were shocked and saddened by this news but she remains optimistic that it will continue with another broadcaster a view hugely supported by us all that evening….we all need to know what happens next!!

Julie kindly signed a number of her novels on sale that evening. 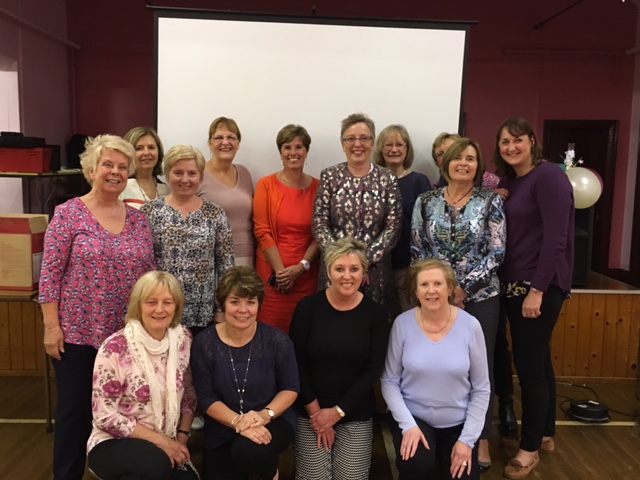 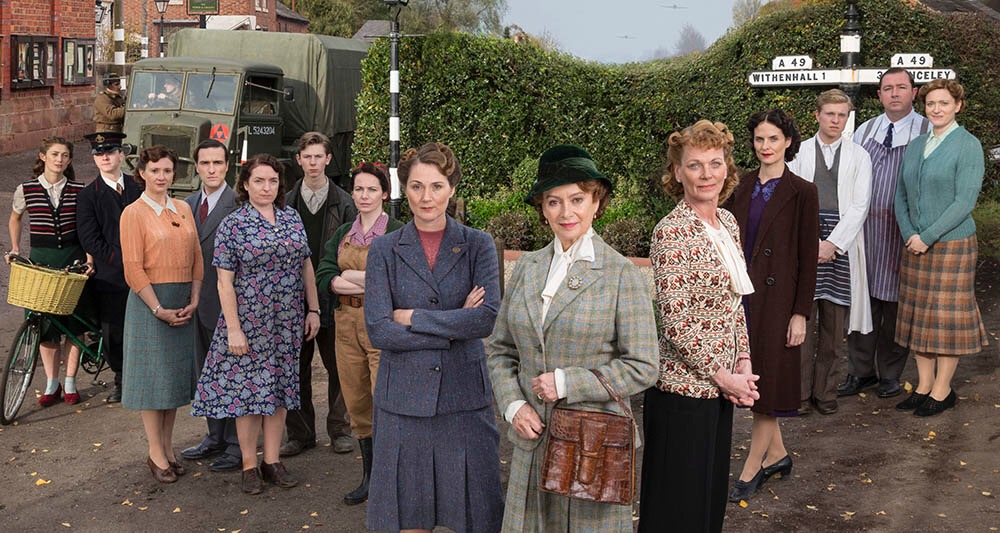